Thanks to @SweenWSweens and his M&M Catapult Project (explained here and here and updated here), we are ending the quadratic functions unit in my 10th grade class with a bang. Well, a whooooosh, but you know what I mean. Kids had a ton of fun with this activity and it gave great practice for writing and solving quadratic equations. The basic idea (but really, you should check out Sean's posts) is that groups launch an M&M and measure the horizontal distance traveled and approximate the vertical distance traveled by using the time, putting this together to create a quadratic function that models this relationship. Then, they apply this model when the launcher is placed a given height above the ground to figure out where to place a target.

First of all, Sean was super helpful, walking me through the lab and giving me great tips on how to adapt it for my students. Love that #MTBoS. My project description and follow-up questions are here.

Here are the changes that I made to Sean's awesome plans and why: 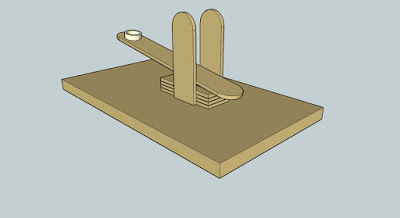 Here is what my kids built (most just did the basic design, a few went nuts and did their own thing): 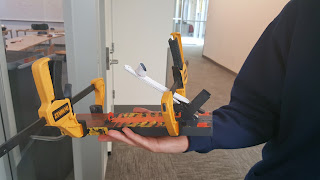 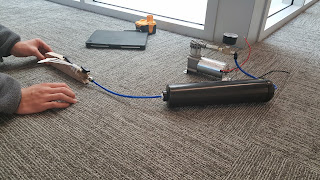 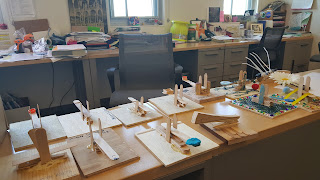 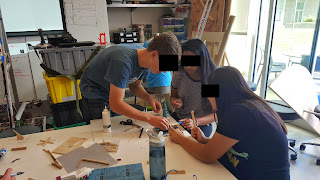 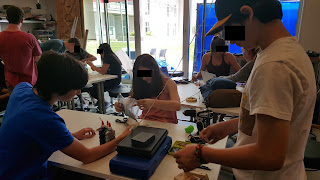 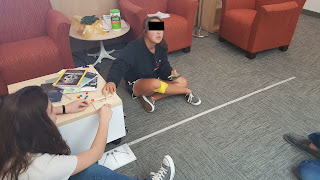 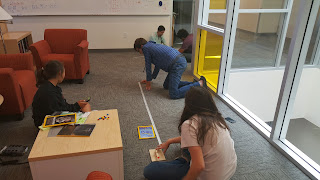 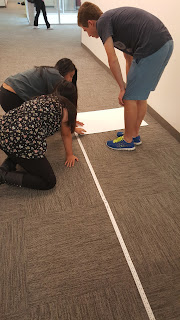 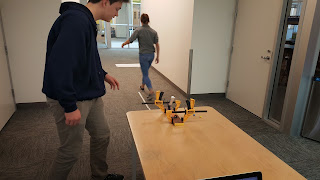 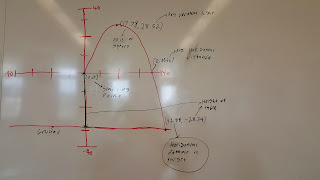 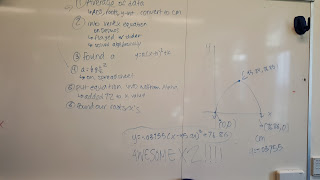 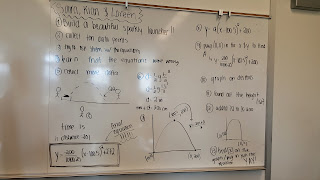 Once again, huge thanks and shoutout to Sean for creating this!! it ended up being a great project for this unit. Students had a blast, but were also appropriately challenged.

Posted by Anna Blinstein at 8:40 PM