Math as a Tool

I got into a spirited discussion with Karim a few days ago about his desire for math to be an instrument to look with as much as an object to look at, which he wrote about in this blog post. Karim's concern that too many activities billed as applications of mathematics are actually structured to develop conceptual understanding rather than be a true application with a primary purpose of understanding something about the world resonated with me. However, I took some issue with his proposed solution: math teachers taking applications on more fully than they currently do.

We had a long chat over Twitter about it, in which I argued that perhaps Math teachers aren't in the best position to fully develop authentic applications and investigations of the world in which math is a tool. This does NOT mean that I don't think Math teachers should only teach concepts and never delve into applications. Of course, Math is both a subject onto itself and a tool for better understanding the world. And of course, for all students, understanding and engaging in its use as a tool makes Math more relevant and is a vital part of their education. My argument is primarily that when we shove all math applications into Math class and ask Math teachers to shoulder that full load, that inevitably means teaching less math and very likely, also results in these applications being less authentic and deep than they can be. My counter-solution is that more applications should be happening cross-curricularly in order to harness the expertise of multiple teachers and approach real world applications in the interdisciplinary way they are actually approached in the real world.

For example, I think teaching a lesson on wage inequality using math to analyze and form a quantitative basis for the discussion is awesome. However, the discussion that I am going to facilitate as a Math teacher in Math class is not going to be as deep as the discussion that an economics teacher would be able to lead on this topic. It's not because I don't care about wage inequality, but because my area of expertise is mathematics and their area of expertise is economics. They're going to have a rich understanding of historical trends and societal pressures and opposing views on this topic that even if I were to spend significant time prepping (keeping in mind that I have three preps every day and want to do application problems from a variety of fields and disciplines in each of them), I would not be able to achieve. Imagine how much more powerful this same lesson would be if we spent a Math class learning different ways linear models allow us to find "break-even" points for situations and then students went next door to Economics/History/Civics class and looked at how these models have been or could be applied to look at wage debates in our country. If we go even further outside the standard school model of siloed subjects, the Economics/History/Civics teacher and I can join forces and teach a lesson together in which the math and its application are interwoven.

It's not that I don't want math to be applied. It's that I want to see math applied deeply, across various subjects, as much as possible, as a joint project between disciplines rather than a few question prompts crammed in at the end of a math lesson. I want to harness my strengths as a teacher of math in its pure form, as well as a tool that is uniquely powerful exactly because it's so abstract and generalizable, rather than dilute what I am able to accomplish by trying to do it all. Why do applications of Math have to be taught during Math class?

If your answer to that question is: "because teachers from other disciplines won't do it," I think that accepting that would be a huge fail on our part as Math teachers. Here are some concrete things that I think would help if you are a math teacher:

- Ask your school's science, history, economics, psychology, etc teachers what topics they are teaching in the next month and if they would like you to come visit their class and co-teach a lesson to include math related to this topic.
- Ask other teachers at your school if they would consider creating a joint assignment that students would turn in for both classes (or turn in one part to one teacher and the other part to the other teacher) that would allow for a more in depth investigation.
- Are there classes that all students at a particular grade at your school take or a field trip that they all go on? That might be a great starting point for a cross-curricular project that involves Math and one other discipline.

Here are some examples of cross-disciplinary application projects I have liked:

- Students in a History class taken by all 10th graders were analyzing racial relationships in colonial times. They read an article called, "Social Dimensions of Race: Mexico City, 1753," which looked at how perceived racial differences were the basic criteria for social differentiation and employment in Mexico City in the 1750s. In my Math class, we used the data in the article to run a chi-square test of independence to see the level of independence between race and employment. Students then came back to History class the next day to discuss the ramifications of this analysis.

- Students in a Math 3 class created original art using Desmos and a variety of functions and conic sections, which they also worked on during their art class and which they had to analyze from an artistic as well as a mathematical perspective. 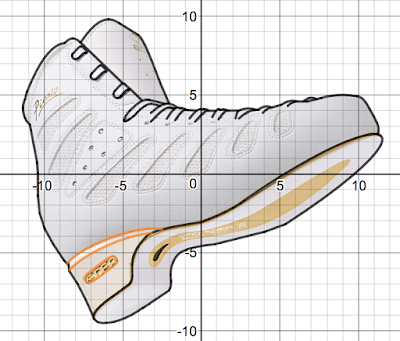 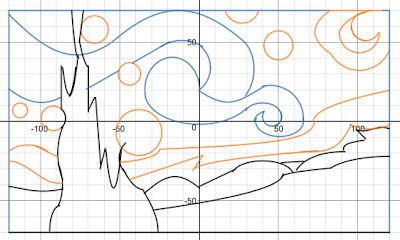 - Students in Math 2 who were studying histograms, box plots, measures of center and variation, and outliers picked topics of interest in a country in which their world language was spoken and used the Gapminder global data set to analyze this topic over time in that country. They then wrote a paper and presented their findings to their world language class.

My argument is that projects like these are inherently more relevant, authentic, and motivating to students than any applications I could find and facilitate on my own. And then I can put more of my time into teaching pure math ;)