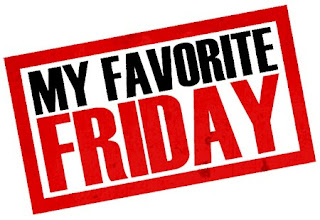 This is my first time doing one of these, but I wanted to share a site that I've been using to help organize meetings and discussion groups at school. The site is hackpad.com, and it's basically a wiki (or document that is editable by multiple people), but with some nice, extra features that make it super useful for organization. To use the site, you can either create an account or use an existing Google or Facebook account. The benefit of using one of those (I prefer using a Google account) is that you will stay logged in to Hackpad for as long as you're logged in to the other account. And if there's one thing that I hate the most in the world, it's logging into accounts. 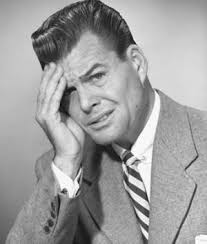 So once you're in, you can start making "pads," which are basically blank documents that you can share with other people. The awesomestestest thing about Hackpad is that once the people you're sharing them with make accounts, their name automatically appears next to whatever text they've entered. Here's a screen grab from a pad I'm using in a professional development group on young adult literature: 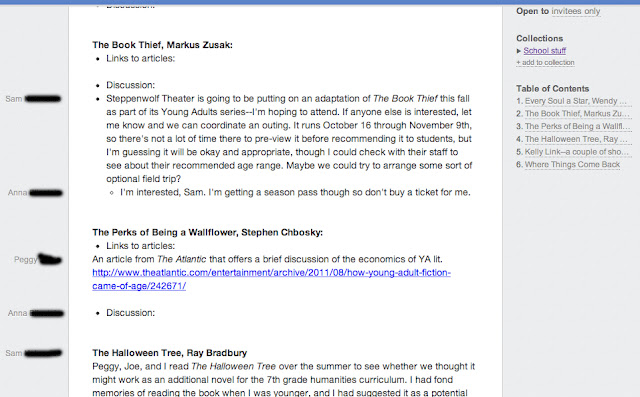 A few things to note:

Yes, there are some similarities to google docs in that pads are shared and editable by many people. The main benefits that I see with Hackpad are:

Some drawbacks that I've found are that if you have a lot of pads (which I do), you can get inundated with emails for updates being made to each one (to fix this, you can set a specific pad to not get notification emails) and the site does not play well with Android mobile devices. I'm hoping that they will come out with an Android app sooner rather than later, since that would make it way more convenient for me to use on the go.


I wrote a blog post for them recently specifically about how I use Hackpad in an education setting: https://hackpad.com/7sD02CpiqYk#Using-hackpad-in-education.

Posted by Anna Blinstein at 6:01 PM